The dam and the hydroelectric power station

Back - Welcome to Parc des Chutes-de-la-Chaudière 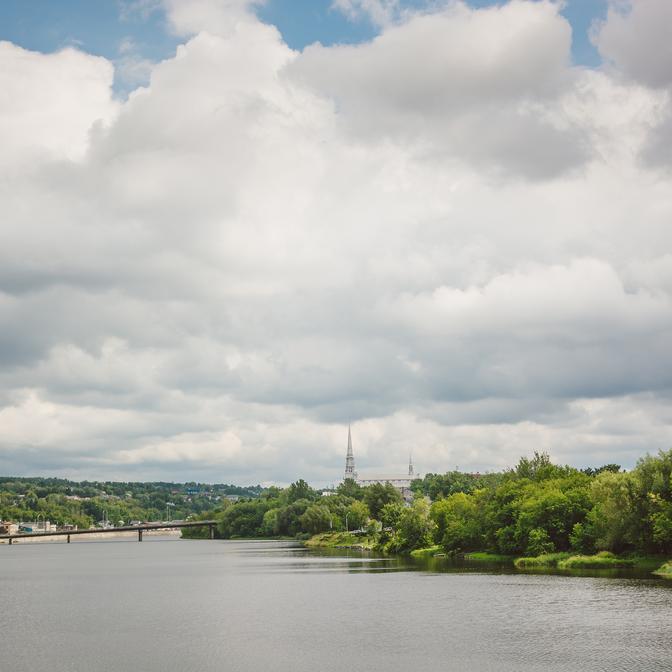 The Chaudière river and its watershed

Upstream of the falls, the Chaudière river watershed covers 6,605 km2, which is larger than Prince Edward Island (5,657 km2). It brings together a large number of rivers, lakes and streams that run alongside more than one municipality located between the American border and the St. Lawrence River.

The Chaudière river has its source in Lac Mégantic. 185 kilometers long, it traverses the Beauce and Chaudière-Appalaches regions before emptying into the St. Lawrence River. In all seasons, the river is characterized by a variation of its flows. It is well known for its sudden and strong floods, which occur in both summer and spring, and for its very marked periodic drops, especially in summer. 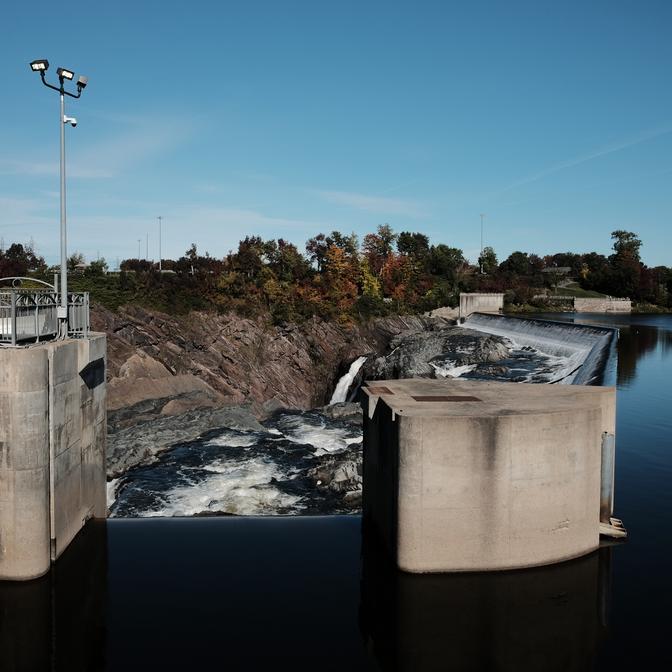 The dam is partly rebuilt on the foundations of the old structure. It retains water to supply the hydropower plant's water intake. The dam is a structure located from one side of the river to the other.

It is built to withstand earthquakes as well as the pressure of water and ice. The two curvatures in the opposite direction of the dam produce a horizontal jet of water at its foot. Since water can flow freely over the entire length of the dam, 258 meters, the structure does not have a spillway. 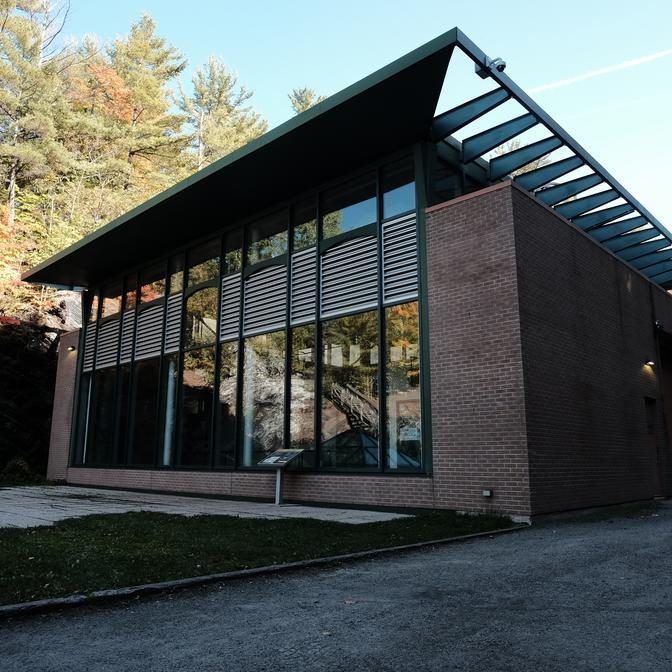 The information gathered by all the sensors of the hydroelectric power station and the water intake is sent to the computerized systems located in the control room. From there, the computers are programmed to ensure the management of the flows in the falls as well as the efficient management of the electricity production.

The plant produces the electricity it needs for its own operations. In this sense it is autonomous.

Did you know that ? 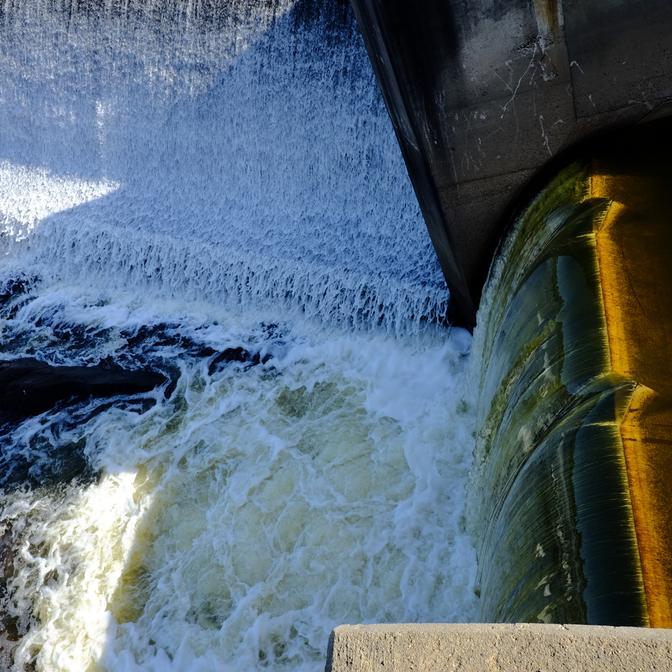 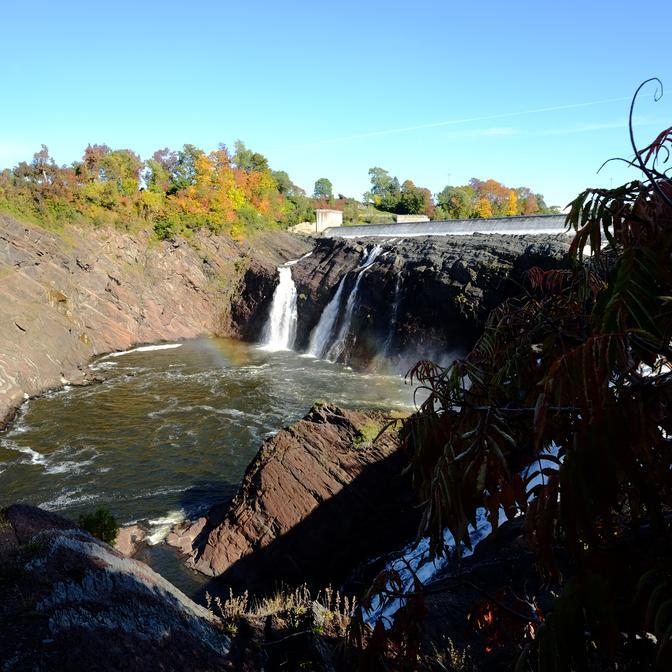 It originates from the spray at the bottom of the falls, which looks like steam escaping from a boiler of boiling water.

Long called Rivière du Sault de la Chaudière, it owes its name to the falls from a height of about 35 meters. 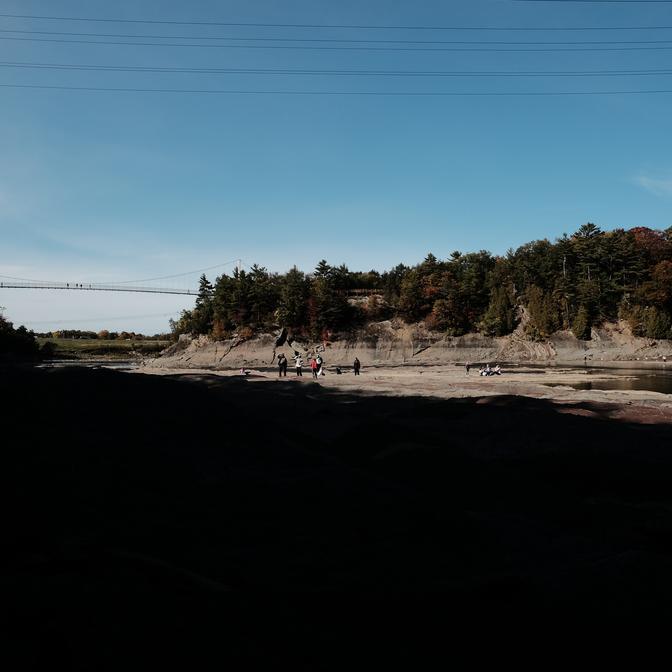 Remains of Amerindian camps were discovered during archaeological excavations on the site. They bear witness to the passage of nomadic groups around 8,000 years ago. 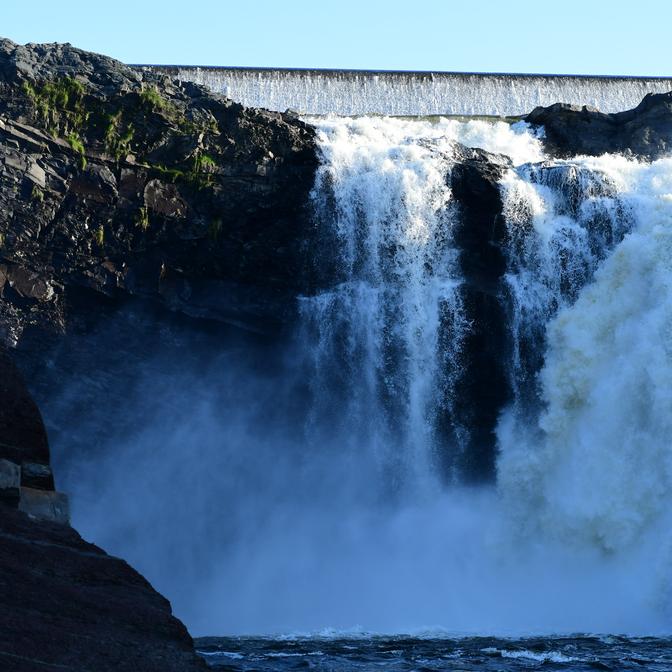 The site was exploited from 1901 for its hydroelectric potential.

An exceptional flood having destroyed the original installations in 1970, the dam and a new power station were built in 1998.

They generate a maximum electrical power of 24,000 KW which can supply around 5,000 families.