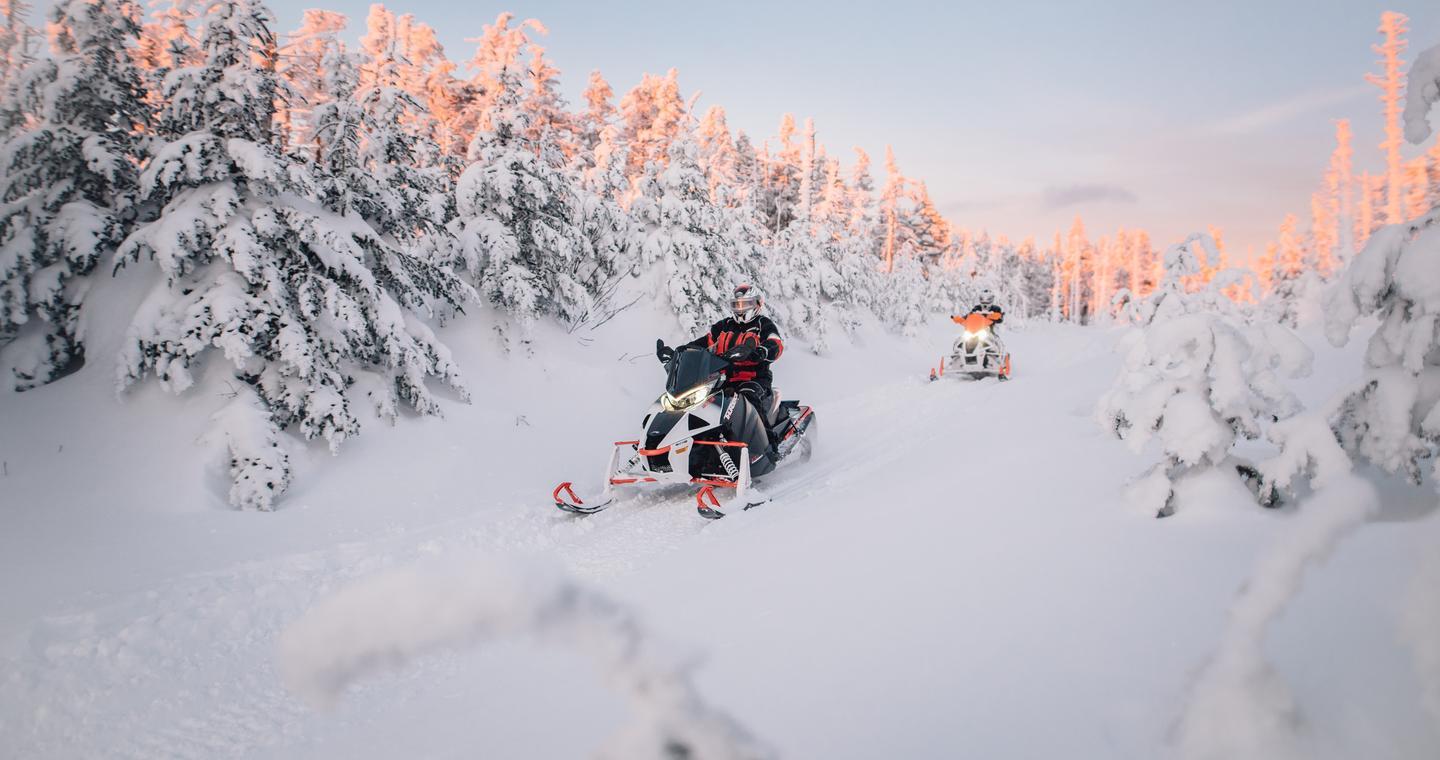 Located in the province of Quebec across the Canadian border north of the states of Maine and New Hampshire, the Chaudiere-Appalaches tourism region is easily accessible by car or by snowmobile. The main cities are Lac-Etchemin, Levis, Montmagny, Saint-Georges and Thetford Mines.

The region has 1700 miles of trails marked and groomed by 24 snowmobile clubs totalizing 8 700 members in 2009-2010. The region offers you the possibilities to loopback or make daisy trail without having to ride on the same trails. The geographical diversity of the region is absolutely unrivalled. The sugar shacks, the plain of the St-Lawrence river, the valley of the Chaudiere and the Etchemin rivers, and the Appalaches mountains that allow you to ride on unique trails and offer you an unobstructed view of the towns and territories on top of their white peaks.

The quantity of snow is abundant and the length of the season is usually from late December until mid-March. A huge quantity of bridges can be found on the territory and make the crossing of the rivers easier during the whole season.

On the trails, the Chaudiere-Appalaches region offers plenty of services including: great quality of accommodations with snowmobile packages, huge choices of restaurants, many gas stations, rentals and dealers for every snowmobile brand.

Come and experience one of the most beautiful regions for snowmobiling in North America.

This is the Chaudiere-Appalaches region. From here, you can also continue your adventure by discovering the 870 miles of trails in the neighboring region of  Centre-du-Québec.

THE REGION HAS AN IMPORTANT SNOWMOBILE HISTORY

Since the invention of the snowmobile, the Chaudiere-Appalaches region is known as one of the best snowmobiling destinations. Between the 50's and the 80's, 15 manufacturers were in function in the region, such as :

For more information about snowmobile history: