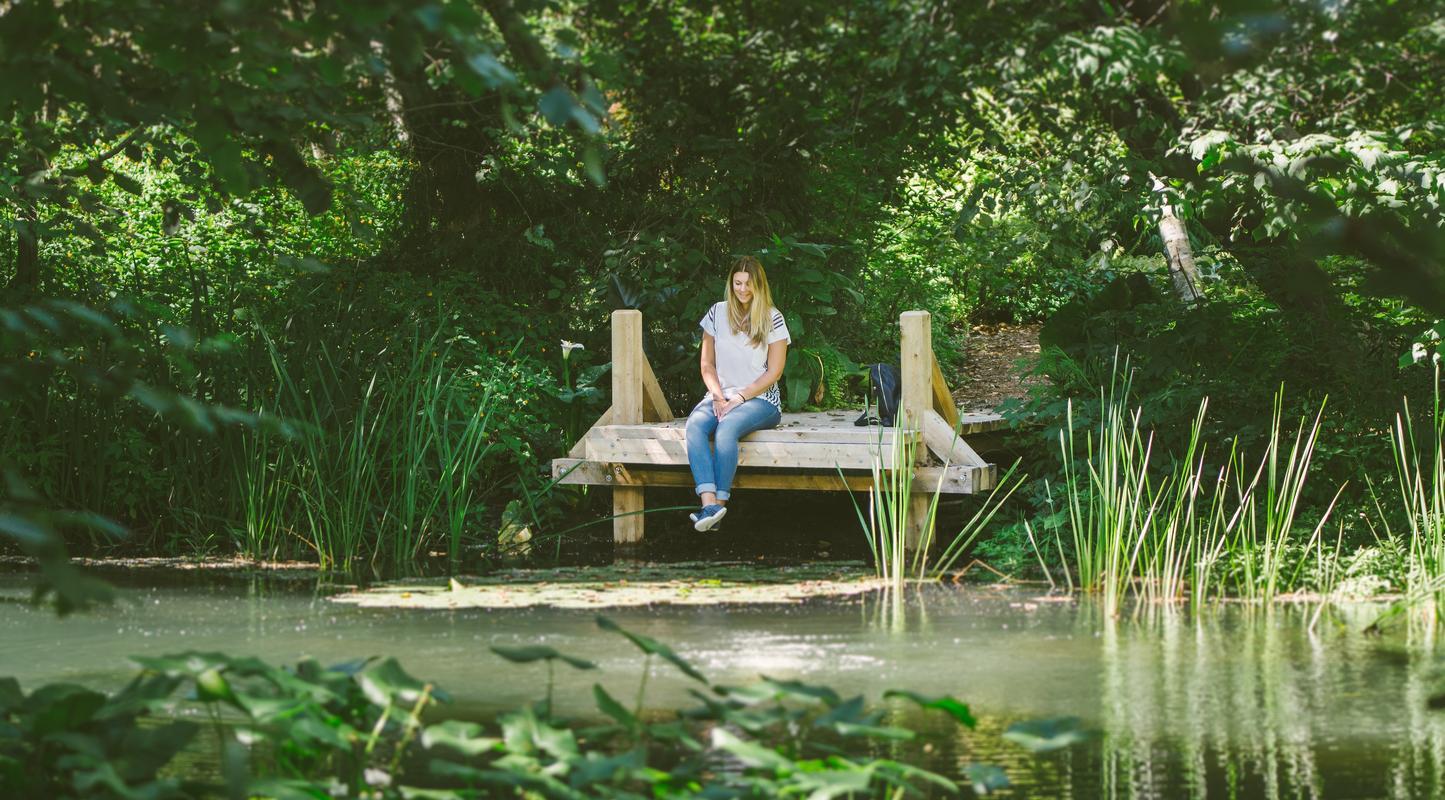 How would you describe this enchanting site in only a few words?

Right from the start of your visit, you’ll be immersed in the wide variety of flora that surrounds you and by the more than 180 species of birds that sing for you as your own personal welcome. Here’s a tip: let yourself be lulled by this communion with nature and you’ll come away fully recharged!

During your tour through the 11 gardens of Domaine Joly, you’ll cross over a small bridge, where you’ll find a pond on one side and on the other, a small stream that flows delicately though the moss down to the bottom of the cliff. A real dream setting!

After crossing over this natural gem, you’ll then pass under a pergola decorated with climbing plants and, only a few steps away, you’ll find a small log structure called the lover’s nest, from where you’ll have an excellent view of the manor, which is called the Maison de Pointe Platon. 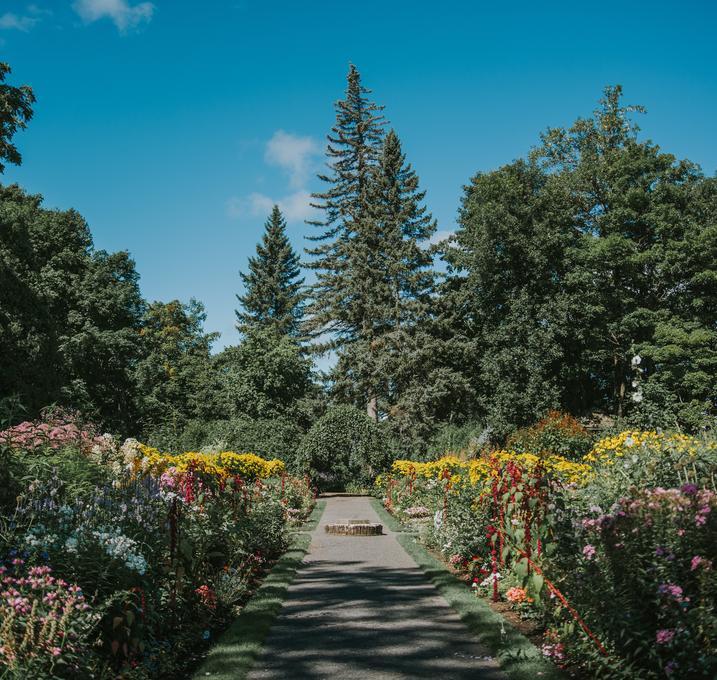 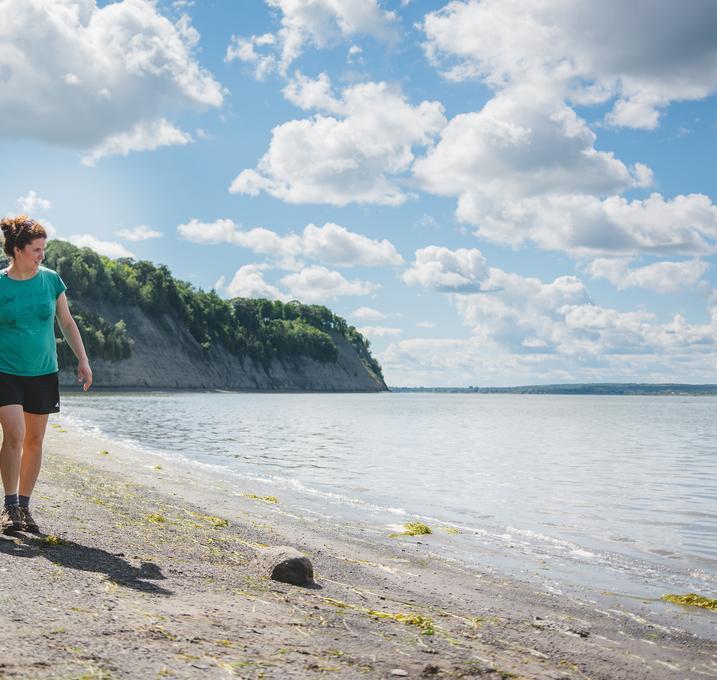 This home, built in 1851 by the seigneur, Pierre-Gustave Joly, shows us the Picturesque movement of the day, which consisted of blending architecture and nature. Certain elements stand out: the porch is decorated in a wave motif and with maple leaf woodworks, while the edge of the roof is decorated with friezes in the form of water droplets. In the mid-XIXth century, Irish owners would buy country estates to get out of the city for a few weeks a year.

Pierre-Gustave Joly was passionate about horticulture and arboriculture. He dreamed up and designed large gardens with the utmost devotion. His son carried on this tradition by importing a number of exotic species to compliment the work done by his father. And an imposing and beautiful hundred-year-old Norway Spruce can be found just west of the residence.

Finish off your visit at the base of the cliff, where you can walk along a 4-km long beach! A breathtaking view of the river and the north shore awaits! 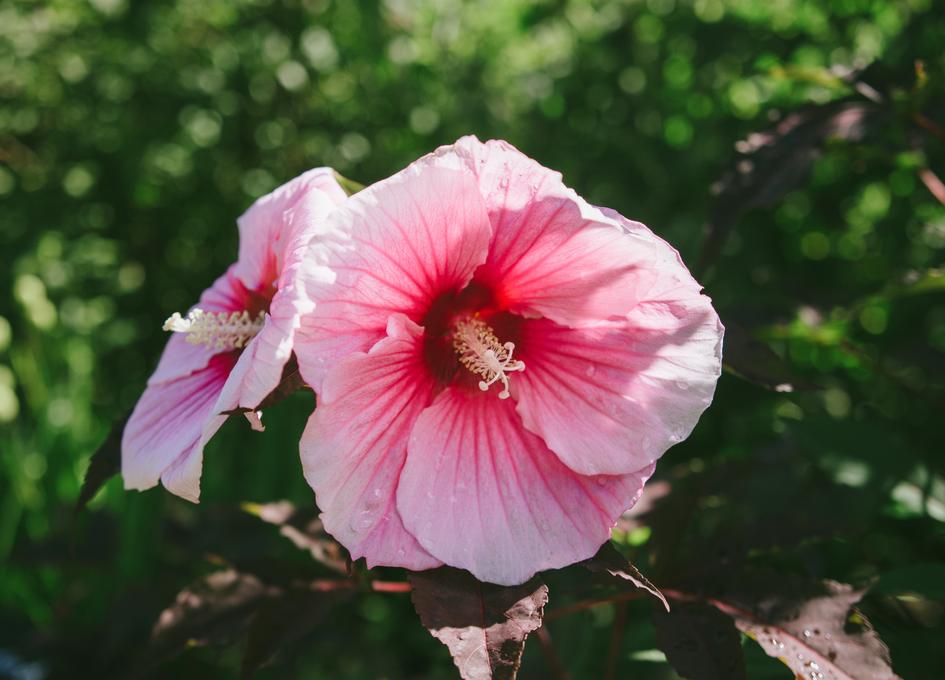 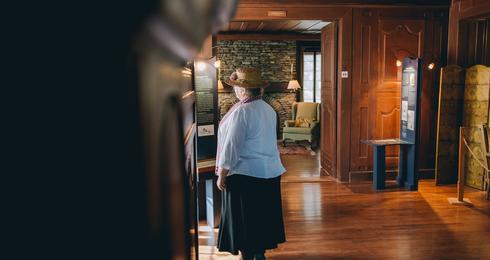 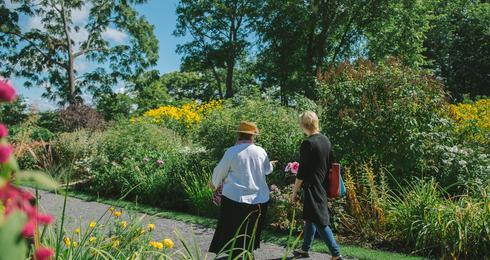